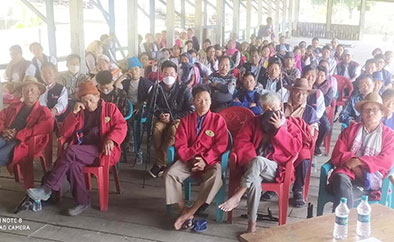 The BBK, the judiciary wing of the Adi Bane Kebang (apex), conducted the campaign to make the GBs and rural people aware about Adi customary laws and collect feedback.

The organizers, which launched the campaign at Mirem village in Bilat circle earlier on 14 January, covered almost all the administrative circles of East Siang district.

The main focus of the campaign was to protect, preserve and uniform implementation of Adi customary laws, said the organizers.

A number of ABK functionaries, including its president Getom Borang and secretary-general Okom Yosung addressed public meetings at different villages during the campaign.

BBK’s East Siang unit president Tadi Taying said that the month-long campaign covered all the Adi villages in the district.