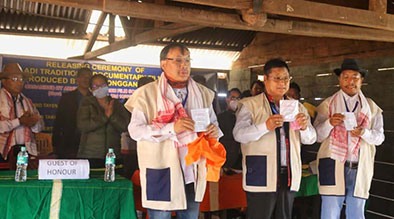 The premiere show or the first official screening of the documentary was held at Adi Pasi Sibuk Musup/Dere (Adi community house). The event was organized under the aegis of Arunachal Pradesh Film Society.

The documentary is about the Adi people and their unique cultures and traditions.

Speaking on the occasion, Tayeng said films are not only a source of entertainment but also driver of economic growth. He commended the producer of the documentary for his work.