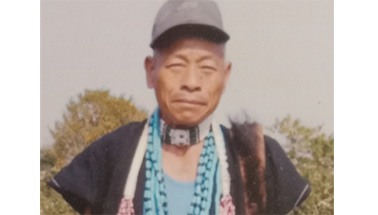 ROING, 23 Feb: Kolsul Apum, a renowned folk singer, rhapsodist (miri-abu) and local priest breathed his last at the age of 73 on Tuesday morning.

Born in 1947 in Tapat (Dambuk) village in Dambuk circle of Lower Dibang Valley district, Apum was an exponent of Adi traditional folk art and songs. He acquired vast knowledge in miri-aabang (folk songs and rhapsodies). He was also well-versed in delong ponung, penge and abey.

In his lifetime, Apum was felicitated by various organizations of the Adi society for his selfless and immense contributions for the promotion of the Adi culture and arts.

He remained a lifelong bachelor and devoted his life wholly to the promotion of the Adi culture, art and traditions.