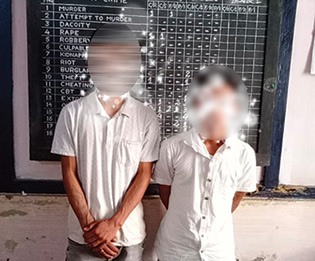 DEOMALI, 26 Feb: The Tirap police arrested one N Henkhey, of Paniduria village, and M Pansa, of Longkai village, on Wednesday for extorting money from Deomali market in Tirap district in the name of the NSCN (IM).

After receiving inputs from sources, the police started tracking the phone numbers, and kept strict technical and human surveillance upon the callers.

The police arrested the duo red-handed from Deomali market, and recovered two SIM cards used for extortion. They also recovered suspected extortion notes and a diary containing the phone numbers of many businessmen and government servants of Tirap district.

A case of extortion has been registered against the duo, and further investigation is on. (DIPRO)