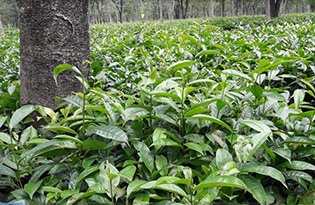 OYAN, 5 Mar: Tea production in Arunachal reached 214 million kg per year, while the demand for tea produced in the state continues to rise in the international market, said Tea Board of India’s (TBI) Itanagar Regional Office Assistant Director Arupjyoti Das.

Das said that the ‘golden needle tea’ produced by the Donyi Polo tea factory has been sold at Rs 75,000 to Rs 80,000 per kg in the auction market, breaking earlier records.

Das, who attended a workshop on ‘organic tea cultivation’ at the Donyi Polo Tea Estate here in East Siang district on Friday, said tea cultivation is making rapid strides in the hilly terrains of Upper Siang and Upper Subansiri, the hill slopes of the Siang basin, and the plain lands of the Assam-Arunachal boundary.

He said the TBI’s regional office is making all-out efforts to increase tea production in the state.

“TBI is taking up schemes to aid small tea growers to boost their tea cultivation skill and setting up mini factory to process tea leaves,” Das said. He suggested to the tea growers to “maintain team spirit” for the development of their tea gardens, and to keep themselves informed and updated about tea marketing.

Das also informed that the TBI is taking up schemes for the small tea growers to become self-reliant through tea cultivation.

The workshop was a part of the board’s ongoing effort to develop the skills of small tea growers.

Siang Tea Industries Managing Director Omak Apang, who supervised the workshop, suggested to the tea farmers to give attention to farming and entrepreneurship activities for self-employment, rather than getting involved with unions and organizations.

The trained industrialist demanded that the TBI felicitate the tea farmers of the Siang basin in terms of skill training and exposure tours.

About 30 tea growers of the region attended the workshop and gained knowledge to solve problems and challenges faced in tea cultivation.