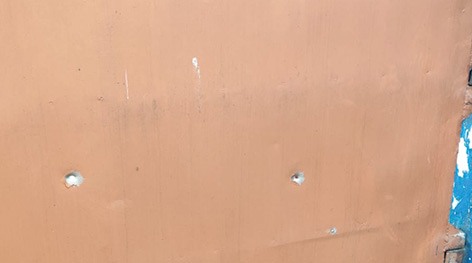 ITANAGAR, 6 Mar: A man identified as Thomas Gangte Tadap (47) has been arrested by the capital police in connection with a firing incident at Home Minister Bamang Felix’s official bungalow.

The man reportedly fired at the gate of the bungalow at around 10 am on Saturday. The minister was reportedly away from the bungalow when the incident occurred. No one was injured.

As soon as the incident was reported, IGP (Law and Order) Chukhu Apa and ICR SP Jimmy Chiram rushed to the spot to assess the situation. A case (No 47/06/03/2021 under Section 336/307 IPC and 27 Arms Act) was immediately registered at the Itanagar police station.

Chiram informed that the team collected the CCTV footage and found out that the man had used a .22 rifle to shoot. He had come out of a white Cerello car (AR-01Z-6941).

“As soon as we got this information, we identified the person’s name as Thomas Gangte Tadap, who originally is from Sangram in Kurung Kumey but lives in Lobi, Itanagar,” Chiram said.

“We put our team on alert and put surveillance on him. We got to know location was indicating towards Assam, so we activated Papum Pare team, and also Biswanath Charali (Assam) and Seijosa, as he reportedly has a plot of land there,” the SP said.

“At the Chimpu naka, we engaged a special checking team. We spotted a car without a number plate. We chased and intercepted the car on the Chimpu-Jollang road and arrested him,” the SP informed.

He said the team recovered the .22 rifle and a dao from the car.

The SP informed that the accused has confessed to the crime. He further disclosed that, according to an eyewitness, the accused is a supporter of the home minister in his home constituency, and he reportedly fired the shots in an inebriated state.

The SP also stated that the accused has no criminal record. “However, the motive of firing is under investigation,” he added.