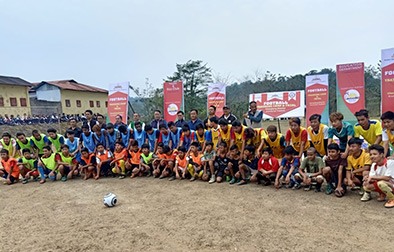 NAMPONG, 8 Mar: The first day of the selection trials being conducted by Sudeva Delhi Football Club to induct two players in the Delhi Football Academy, received good response with more than 60 students/players turning up for the trial here in Changlang district on Monday.

The selection trial was kicked off by Nampong ZPM Deeptu Mungrey in the presence of SDO Idam Bagra.

Two players will be selected, and they will be provided free football coaching/training with cent percent scholarship in Delhi Football Academy for a year.