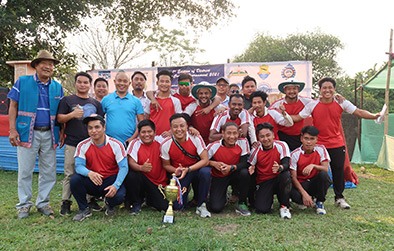 The champions of the tournament defeated the runner-up team, Advocate 11, by 6 wickets. A total of 16 teams had participated in the tournament that had commenced on 19 February.

The winners received a cash prize of Rs 1 lakh along with the trophy, while the runner-up team received Rs 50,000 along with a trophy.