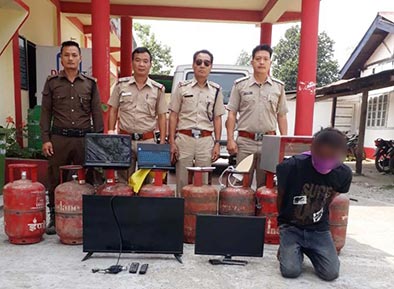 The police swung into action after receiving several complaints from the public, and nabbed the thief on Monday, Pasighat Police Station OC Inspector Otu Gao said.

“He was a professional thief and had become a headache for the police and the public,” the OC said.

The police recovered nine LPG cylinders, two LCD TVs, two laptops, one tablet, one oven and an iron, which were hidden in different locations.

A case has been registered against the thief under Section 457/380 of the Indian Penal Code.