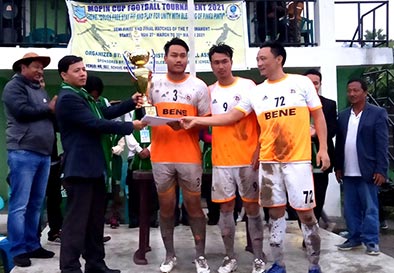 Second AAP Bn Commandant Tumme Amo commended CMCC for organizing the sports competitions to create awareness among the people about the importance of playing sports.

The yesteryear’s players were also felicitated on the occasion. (DIPRO)