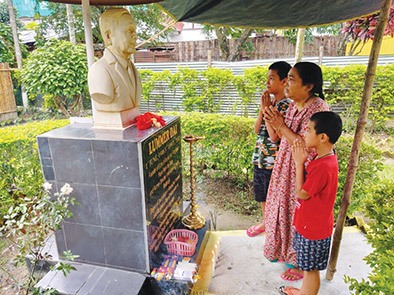 ITANAGAR, 6 Apr: Noted litterateur, novelist and the doyen of journalism in Arunachal Pradesh, late Lummer Dai was remembered on his 19th death anniversary on 5 April.

His wife and editor of Echo of Arunachal, Nanni Dai, her family members, including staffers of EoA paid rich tributes to the ‘Luminous’ Lummer at his memorial in Naharlagun.

Born in Siluk village under Mebo circle of East Siang district in 1940, Lummer Dai, one of the first generation educated people of the state, had several literary achievements. He passed away in a Guwahati hospital on 5 April, 2002.