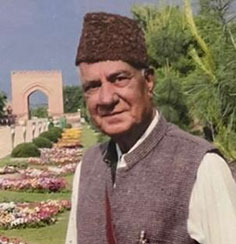 He passed away on Friday morning at his residence in New Delhi. He was 94, and is survived by his only daughter.

Santosh Kumar was the founder president of the IJU and also the president of the All India News Paper Employees Federation. Besides, he also led many plant unions in several prominent national dailies in the national capital.

He led the agitation against the infamous Bihar press bill, which was forced to be withdrawn. Santosh Kumar was born in Lahore in West Pakistan and migrated to Delhi later on. He was retired as news editor of Pratap, an Urdu daily. He also edited the Trade Union Record, a magazine published by the AITUC.

IJU president Geetartha Pathak and secretary-general Sabina Inderjit said that he was an inspiration to the unions of journalists and other media employees. He authored several books, including Lahornama, a book that captured his nostalgic attachment with Pakistan’s vibrant city of Lahore.