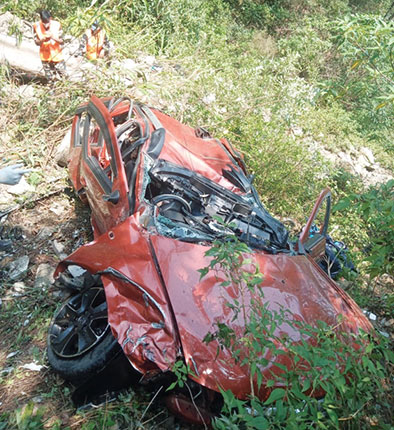 ITANAGAR, 27 Apr: Four persons were reportedly killed when a Duster car (AR-03-4403) skidded off the road and fell into a deep gorge near Kalaktang in West Kameng district on Tuesday morning.

West Kameng SP Bharat Reddy informed that the accident occurred near “900 chain between Balemu and Kalaktang.”

The deceased have been identified as Jambey Tashi, Sonita and Sonita’s two sons, from Tawang. All were killed on the spot, the SP said. They were returning from Assam.

The SP said that the accident might have occurred in the early morning, but that he got the information at around 11 am.