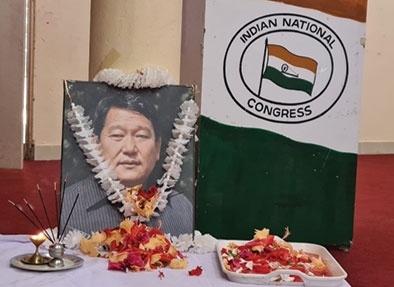 The APCC members paid floral tributes to the portrait of Khandu.

“Late Dorjee Khandu, a visionary leader, would always be remembered by the people of Arunachal Pra-desh for

his strength of character, generosity and vision, which continues to inspire and remind us of his invaluable contribution to strengthen the Congress party as a true Congress loyalist and for spearheading the state towards development and progress as the chief minister of the state,” the APCC stated in a press release.