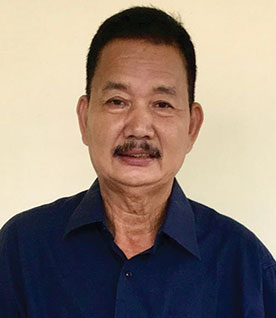 ITANAGAR, 19 May: Former horticulture joint secretary Takir Nyicyor passed away after a prolonged illness at his Itanagar residence on Wednesday at around 10:30 am at the age of 61.

He is survived by his wife and five children.

Born in Diten village of Lower Siang district on 31 December, 1959, late Nyicyor had graduated in 1980 from Jawaharlal Nehru College in Pasighat, East Siang.

In 1986, he joined the state government services as a circle officer of Tuting-Gelling. He had also served as the CO of Dumporijo, Gensi, Tirbin and Kangku before joining as the extra assistant commissioner of the Capital Complex.

He further served as project director under the DRDA in Yupia and Koloriang, and was the deputy secretary to several departments before retiring as the joint secretary of horticulture on 31 December, 2017.

Nyicyor’s mortal remains have been taken to their Likabali residence for the last rites.