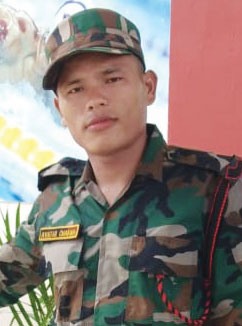 ITANAGAR, 22 May: In a fierce encounter between the 19 Assam Rifles (AR) and militants in Changlang district, one AR jawan, identified as rifleman Avatar Chakma, was reportedly killed and two others sustained bullet injuries on Saturday.

The injured personnel have been identified as Riflemen Bablu and Baldev of the 19 AR. Both have been evacuated to an army hospital.

Changlang SP Mihin Gambo informed that the incident occurred at around 8:30 am on Saturday near the Indo-Myanmar border, 9 kms from Longvi village in Nampong circle of Changlang district. Combing operation is currently going on, the SP added.

Sources in Jairampur informed that no group has so far claimed responsibility for the encounter. It is said that the NSCN-KYA and the ULFA-I are active in the region.