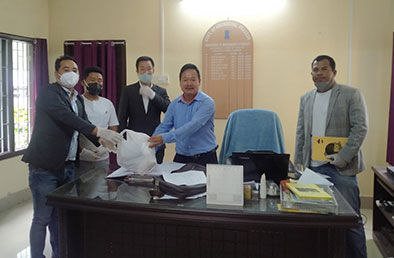 ITANAGAR, 24 May: The Arunachal Pradesh Biodiversity Protection Society (APBPS) has urged the state government to leave no stone unturned to investigate what led to the death of zoo attendant Poulash Karmakar last week.

The APBPS also demanded that the state government adequately compensate the next of kin of the victim, who was mauled by a tigress when he entered the cage to clean the pond.

The members also donated hand sanitizers, gloves and facemasks for the zoo attendants.