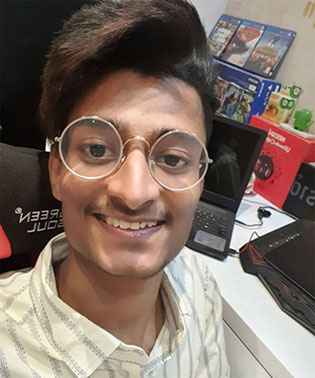 ITANAGAR, 24 May: Several sections of society have condemned the racist statements made by one Paras Singh against MLA Ninong Ering and the people of Arunachal in a video uploaded to his YouTube channel ‘Paras Official’, and sought stringent action against him, besides a ban on his social media (SM) accounts.

The All Arunachal Pradesh Students’ Union (AAPSU) on Monday strongly condemned the YouTube video posted by Singh, and demanded that Singh be booked under the NSA and relevant sections of the law.

In a press release, the union also demanded that all of Singh’s social media channels/accounts be banned with immediate effect for promoting racism and hatred against the ethnic people of Arunachal.

“He has made derogatory remarks on the people and culture of Arunachal Pradesh and also questioned the existence of Arunachal Pradesh as a state within India. Further, to justify his arguments in the video, he has also questioned the nationality and identity of Pasighat West MLA Ninong Ering, who is not only a prominent citizen of the state but also a former union minister,” the AAPSU said.

It said that the people of Arunachal have been greatly hurt by the remarks made against the state and its people. “Such incidents are not isolated ones and have been happening time and again in various parts of the country,” it added.

It demanded to know from the central government why there is no single chapter about Arunachal and its people in the NCERT and other textbooks. “Why are students from states outside the Northeast region not taught about India’s rich cultural and ethnic diversity? There is an imminent need to address cropping up of such divisive and racial mindset while bridging the cultural gaps between different regions of the country as these pose a serious threat to the unity and integrity of a multi-cultural, multi-racial and multi-diversified nation like India,” it said.

“The government of India has to be serious about the issues concerning the people of Arunachal Pradesh and the Northeast. Further, through his antinational remarks, social media influencer Paras Singh has also questioned the very existence, identity and patriotism of Arunachalees,” the union said, adding that the matter cannot be taken lightly as Singh, with more than four lakh subscribers, could cause serious harm to the people of Arunachal through his prejudiced and racist remarks.

“The union is of the view that since Paras Singh’s YouTube channel Paras Official and his Facebook/Instagram handles deal specifically with gaming content, many kids and younger ones from across the country follow it. As such, many young people will have very negative ideas about Arunachal and its people. We demand his immediate arrest, failing which the union will be compelled to hit the streets,” it said.

The Karko Ao Welfare Association (KAWA) termed the contents of the video “very objectionable and filled with racism,” and requested the state government to look into the matter.

Seeking a ban on Singh’s YouTube channel at the earliest, the association also demanded that Singh be arrested immediately and given exemplary punishment as per the law for defaming Ering and the people of Arunachal.

Condemning the video, which it said is “filled with hatred and disdain” against the former union minister for his tweets to ban similar games like PUBG, the KAWA said, “By calling Ninong Ering a Chinese because of his facial features and name, he (Singh) is insulting the people of Arunachal and calling us Chinese and non-Indian. He is making mockery of an elected constitutional authority of India on social media and passing such derogatory remarks to a person of his stature on YouTube is an act of racial discrimination and uncalled for. This video is not only an insult to Ninong Ering but it is a relegation of the entire people of Arunachal and the state’s image at the national and international level.”

Informing that Singh’s channel is followed by around 4.5 lakh subscribers, the association raised concern that it could mislead hundreds of innocent young people in India and abroad and “could lead to development of a sense of revulsion against Arunachalees and NE people.”

The Adi Ba:ne Kebang (ABK) vehemently condemned the racial slur and derogatory remarks made against Ering and demanded that the state government bring the YouTuber to book under all relevant sections of the law and award him exemplary punishment.

“The derogatory remark made by Singh is a great insult to the integrity and existence of our people in India,” the ABK said.

It said Arunachal is an integral part of India and will remain a state under the union of India. The ABK has also lodged an FIR through its frontal wing ABKYW against the YouTuber.

Condemning the “racist and derogatory remark” made by Singh, the Arunachal Pradesh Women’s Welfare Society (APWWS) said, “Such a statement by our fellow Indian brothers has deeply hurt the sentiments of people in this eastern part of India. This is not the first time that racist remarks have been made against us, but this has crossed all limits. Such a person needs to be dealt with under appropriate section of law and should be arrested, so that no one has the guts to make such a video.”

The APWWS appealed to the state government to take up the matter seriously, so that “no one has the audacity to make such a remark in the near future.”

The All Nyishi Youth Association (ANYA) also vehemently condemned Singh for his discriminatory remarks against Arunachal on his YouTube channel.

“His irresponsible and antinational statement deeply hurt the sentiment of the people of Arunachal Pradesh in particular and India as a whole. He also disrespected the Indian map by depicting Indian territory as foreign land, which is intolerable and unwanted,” the ANYA said in a press release.

The association requested the government of India to declare Singh as “antinational,” and to book him under appropriate section of the law.

“We request the government of Arunachal Pradesh to constitute an SIT to arrest him and must be dealt as per law of land,” it added.

The All Arunachal Pradesh Youth Organization (AAPYO) has also lodged an FIR against the YouTuber at the Nirjuli police station.

The organization demanded that the YouTuber be booked under the National Security Act and the Prevention of Atrocities (SC/ST) Act for his racial slur and remarks against the MLA and the people of the state.

The organization called upon the civil societies to rise to the occasion and react to such antinational activities.

“Ering should also move the central government to frame a law to prevent such acts in future,” the AAPYO said.