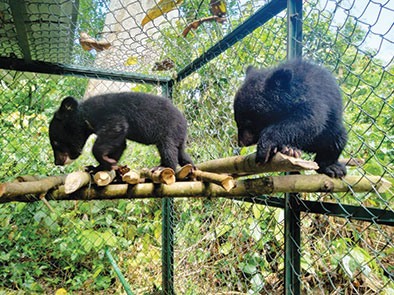 The cubs were earlier medically examined by veterinary doctors of the mobile team of the Wildlife Trust of India, eastern unit, Guijan, Assam, and were found to be fit.

“The CBRC is the only save haven for the cubs for their better rehabilitation, rearing and nurturing till they get enough strength and energy for final wilding into their natural forest habitat,” said Roing Wildlife Sanctuary Division RFO Kabuk Lego.