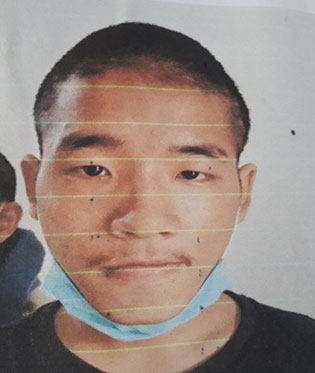 PASIGHAT, 26 Jul: One more undertrial prisoner (UTP) who had escaped from the Pasighat jail on 11 July was rearrested from Mirku village near here in East Siang district on Monday morning.

A team of youths from Mirku village, led by village secretary Otem Dai, caught UTP Taro Hamam (18) from the Mirku secondary school campus, where he was hiding in an abandoned teacher’s quarters.

Later, the villagers handed him over to the Pasighat police.

Hamam was among the seven UTPs who had escaped from the Pasighat jail on 11 July.

He is facing trial for a case under Section 454/457/380 of the IPC. He had been arrested on 19 June this year in connection with three criminal cases registered at the Pasighat police station.

With this, the police have rearrested five escaped UTPs so far.

UTPs Raja Tayeng (23), of Mebo in East Siang, and Deni Gamlin (28), of Nari in Lower Siang district, are still at large.