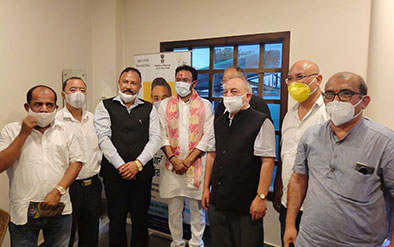 On Sunday, Wange attended a meeting in Guwahati (Assam), which was chaired by the union minister. He said that the union minister expressed willingness to work closely with the tourism veterans of the Northeast in taking it to the next level.

“For this, his ministry will organize a mega tourism conference sometime next month, to which all the chief ministers, tourism ministers, managing directors of the state tourism corporations and all the tourism stakeholders of the eight NE states will be invited,” Wange said.

During the meeting, Wange advocated reopening tourism in NE India, including cross-border tourism with Bhutan and other neighbouring countries, which has been closed down since March last year.

He requested the union minister to “give special focus to Arunachal Pradesh.”