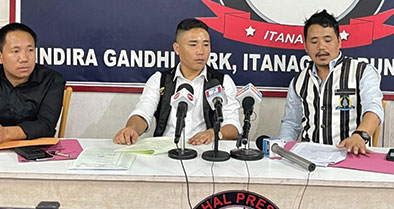 The ANSU claimed that a survey conducted by the organisation found 14 schools with zero-enrolment within the capital region itself. It also said that “the government primary school 0-Point only exists in paper and not physically.”

The ANSU also called for teachers’ grant-in-aid and welfare annual fund in government schools to carry out co-curricular activities effectively.

“Due to lack of teachers’ grant-in-aid or welfare fund, the co-curricular activities are sharply decreasing in the government schools,” said ANSU president Nabam Dodum.

Dodum stated that “for effective management and smooth functioning of government schools, grant-in-aid or welfare funds are required as there are many annual events that schools have to carry out.”

Terming online class as unfeasible for far-flung areas and rural government schools in Nyishi-inhabited areas, the union asked the government to start offline classes in schools located in rural areas.

The ANSU further demanded discontinuation of direct beneficiary transfer (DBT), including stipend, stating that DBT is not feasible due to lack of proper connectivity and banking facilities in rural areas.

“The government should come up with a pragmatic policy and practical solution to do away with the DBT system for the students from pre-primary to senior level in all the government schools located in Nyishi-inhabited areas,” argued Dodum.

The union also called for introduction of Nyishi dress code in the Nyishi-inhabited schools to preserve the tribe’s culture and tradition in learning institutions.

It also asked for regularization of 400 SSA (ISSE) teachers, stating that the government is yet to materialize its cabinet decision of 19 September, 2019 to regularize the 400 SSA teachers.

It also endorsed the Arunachal Teachers’ Association’s (ATA) representation for appointment of senior-most joint director of elementary education (DEE) as the director-in-charge. The union stated that “as per the ATA’s representation, due to delay in DPC, the posting of DEE is hampered and one special secretary is posted as DEE, which was strongly opposed by the teachers’ association.”

Among its 15-point charter of demands, were also the demands for a permanent office building for the office of the DDSE in the Capital Complex; proper land demarcation of government schools in the state, and introduction of uniform fee structure for all private school institutes.