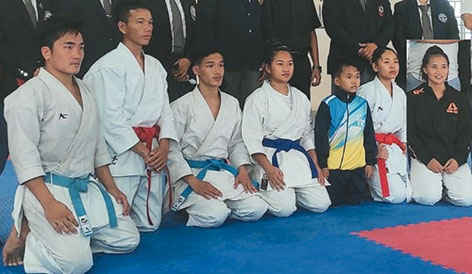 The state won three gold medals, an equal number of silver medals, and a bronze medal in the championship.

The feat also pushed Arunachal into the numero uno position in the national karate ranking.

Mesom Singhi and Abab Sangdo bagged a gold medal each in the women’s and men’s senior category, while Ribu Riang clinched the third gold medal for the state in the boys’ sub-junior category.

The silver medal winners were Khyoda Talik, Lipin Ete, and Bake Tarium. While Talik and Ete bagged their medals in the boys’ and girls’ cadet category, Tarium won in the boys’ junior category.

Arunachal had fielded eight players in the championship.