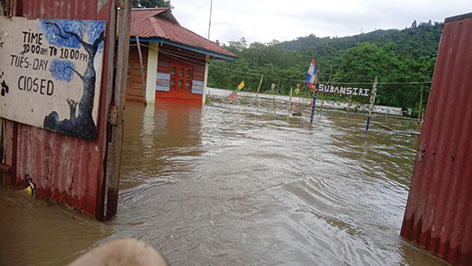 Many agriculture and horticulture fields, fishery farms and bamboo plantations, besides the road connecting Dumporijo and Daporijo were inundated on Saturday.

The rising water level of the Subansiri is affecting several colonies on the river’s bank. Many houses and other infrastructure have been damaged, and some have been partially destroyed. However, no causalities have been reported so far.

Local MLA Rode Bui has asked the administration to “immediately extend possible assistance and logistics support to the affected families after verifying the actual ground report of flood damages in the affected areas.”

He also appealed to the public to be more alert, especially during such calamities.

The district administration is yet to assess the properties damaged. It has advised the people living near the river to take precautionary measures.