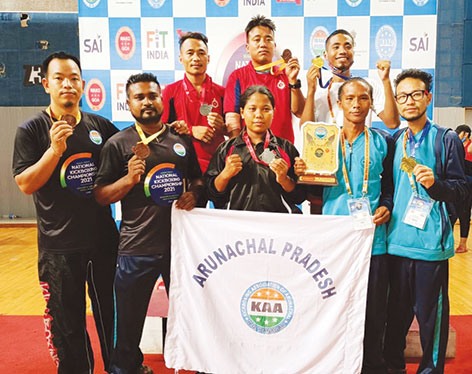 ITANAGAR, 30 Aug: Arunachal bagged two gold medals, three silver medals and as many bronze medals in the Wako India Senior & Masters’ National Kickboxing Championship, which was held in Goa from 26 to 29 August.