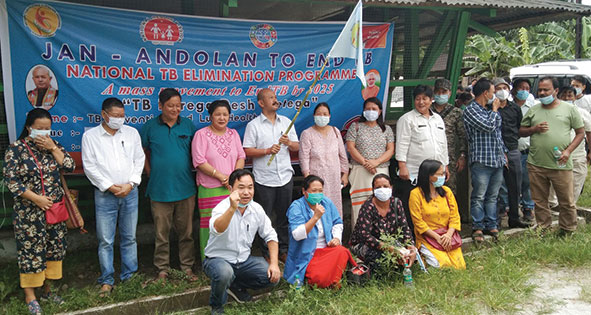 Addressing the gathering, the MLA emphasized on “effective communication strategy to reach maximum population  with the campaign called ‘jan andolan’  to create awareness among the general public about all aspects of TB management and to make India a TB-free nation by 2025.”

“There is also a need to address stigma in a huge way as it is one of the biggest barriers in availing TB treatment,” Moyong said, and asked the PMC councillors and PRI leaders to play a pivotal role for the success of the campaign.

JDHS Dr D Raina highlighted the achievements in TB management in the district and informed that, besides at the Pasighat TB hospital, all facilities, including free-of-cost medicines for TB, are also available at BPGH.

DTO Dr T Siram called for “collaborative platform in elimination of TB by 2025 from East Siang.”