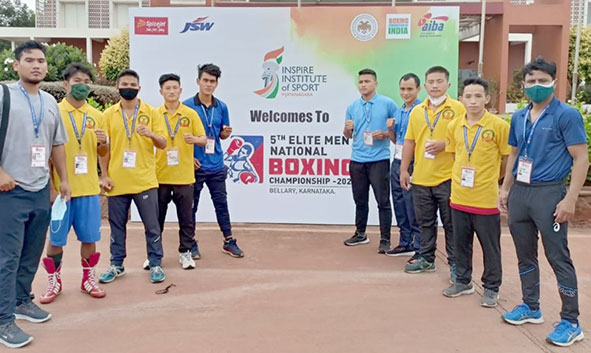 BANGALORE, 15 Sep: Arunachal has fielded 8 boxers for the 5th Elite Men’s National Boxing Championship, which began at Bangalore, the capital city of Karnataka, on Wednesday.

Torak Kharpran and Chai Haji are the coach and manager of the team, respectively.

The tournament will continue till 21 September.

The event made a comeback after a gap of one year due to the pandemic. The last edition was held in 2019 in Himachal Pradesh.

The championships will also serve as a great opportunity for the boxers as the gold medalists will be selected to represent the country at the upcoming 2021 AIBA Elite Men’s World Boxing Championships, which is scheduled in Belgrade, Serbia from 24 October to 6 November.