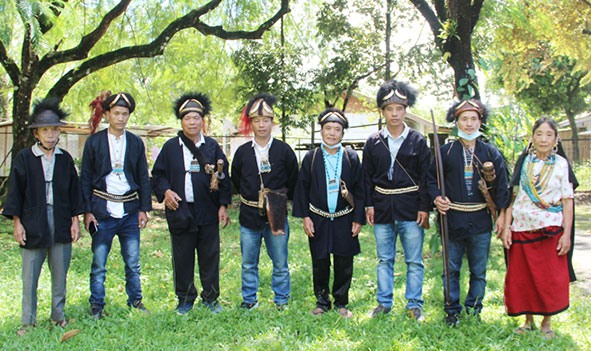 RONO HILLS, 16 Sep: A three-day workshop on the language and culture documentation of the Bogun Bokang (Adi) community began at the Rajiv Gandhi University (RGU) here on Thursday.

The programme is being organised by the Centre for Endangered Languages (CFEL), Arunachal Institute of Tribal Studies (AITS), RGU under the project ‘Documentation of endangered languages, oral narratives and cultures of the lesser-known tribal communities of Arunachal Pradesh’ with support from the North Eastern Council (NEC).

One of the resource persons of the workshop, Akeng Nitik (72), who is the head gaon burah of Janbo village said, “We are Adis but as a community member we want to share that the people residing in the above villages refer to themselves as Bogun Bokang since time immemorial. We have differences in aspects of language and culture with other neibouring subgroups like Ashing, Shimong, Karko and Tangam. There has been no or scanty reference to misrepresentation in existing literatures. Today we have come forward to state that we are recognised as one of the subgroups of Adi.”

Resource persons Linggong Ninggo (66), who is also gaon burah of Migging village, and Lire Ninggo (72) from Janbo village said that the community will wholeheartedly extend all support to the research team in the documentation process of their language and culture.

RGU’s HoD of Anthropology, Prof Sarit K Chaudhuri appreciated the efforts made by the Centre for Endangered Languages affiliated with the Arunachal Institute of Tribal Studies in the documentation and dissemination of knowledge of the lesser-known communities of the state.

She highlighted the work done by the ATIS in documenting lesser-known communities of Arunachal Pradesh.

Prof Simon John, the principal investigator of the project- ‘Documentation of endangered languages, oral narratives and cultures of the lesser-known tribal communities of Arunachal Pradesh’ extended his gratitude to the resource persons for accommodating and supporting the research team during their fieldwork.

He also expressed his gratitude to RGU Vice Chancellor Prof Saket Kushwaha for his constant support and encouragement to carry out research activities.