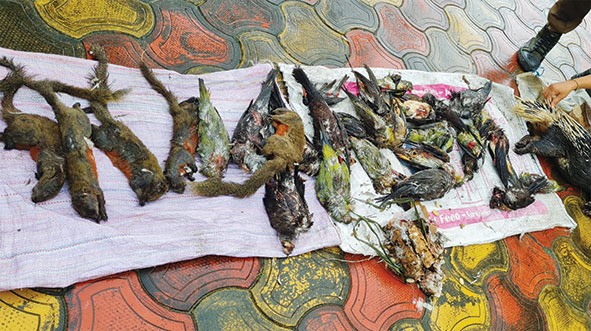 ITANAGAR, 18 Sep: Carcasses of wild animals and birds were seized from the Ganga daily market here on Saturday during a joint raid carried out by the staff of Poma and Lobi Wildlife Range.

The team, however, could not arrest the offender as the person managed to escape from the scene.

‘The joint team also seized a bag made out of the hide of Himalayan black bear. All the seized items were later destroyed by the team,’ Tapi added.