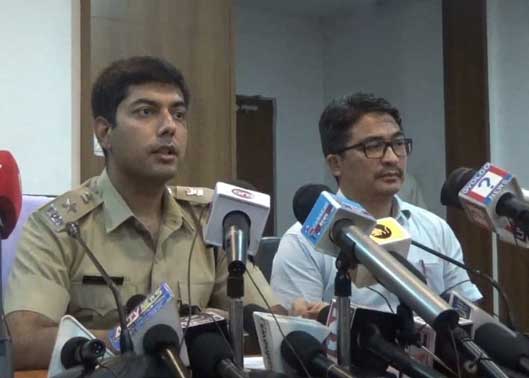 ITANAGAR, 23 Sep: The special investigation team (SIT) of the Arunachal Pradesh Police has filed a chargesheet in the court of the special judge (POCSO) in Yupia against alleged prime accused Lukbi Bojir and alleged accused Miti Lego for the sexual and physical assault on a minor girl.

SIT SP Rohit Rajbir Singh informed that the victim, who was under shock and trauma, was given counselling by the psychiatrist at the Midpu mental hospital in Doimukh.

After recovery, her statement was recorded by the SIT and the court. “The girl disclosed that she was sexually abused by sleeping with her and touching her private parts leading to bleeding and unbearable pain by the accused Lukbi Bojir,” the SP informed.

“She also revealed that she was subjected to physical and mental torture, inflicting grievous injury on her body, and was engaged in physical labour also, in presence of alleged accused wife Lego in the house, but she did not report the matter to the parent or any other authority,” Singh added.

A bail cancellation application was filed against Bojir. On the basis of two months of investigation and correct arrangement of collected evidence, the SIT was able to get his bail rejected by the Gauhati High Court on 1 July, and rearrested him on 17 September.

In May this year, the eight-year-old child was hospitalized at Tomo Riba Institute of Health & Medical Sciences in Naharlagun, following an assault by Bojir and his wife.

The child’s parents, who are economically not well off, had allowed the child to stay with Bojir and his wife in 2018 as he had promised her free education.

A relative said that the child was just five years old when she had joined the Bojir family.