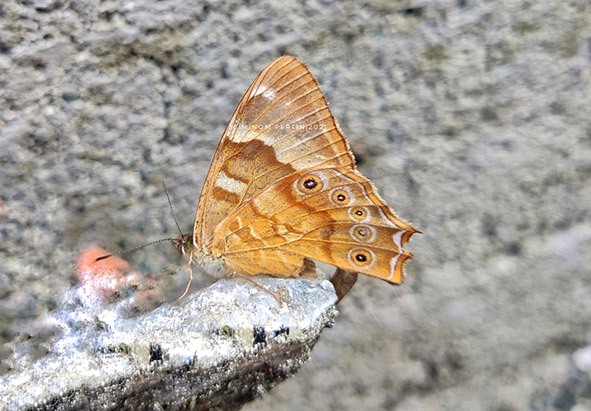 ROING, 22 Oct: The Lethe wui Huang butterfly species was recorded from the Mishmi Hills in Lower Dibang Valley district recently, adding to the list of butterflies of India.

The Lethe wui Huang is a species of brush-footed butterfly described in 1999 from Metok, Tibet, by Hao Huang. After 12 years of its original description, in 2011, the species was again reported for the first time from Panwa, Kachin state, Myanmar. Five years after it, in 2016, the species was reported from Nujiang, Yunnan, China.

In 2021, on 1 October, it was reported from the Mishimi Hills, which is the first record of the species in India.

The recording of the species is not surprising as Metok county of Tibet shares the same butterfly species with the Mishmi Hills of India.

In 2017, another species of the Lethe group of Metok county, viz, Huang’s silverfork (Lethe gregoryi gesangdawai) was recorded by Monsoon J Gogoi from the Mishmi Hills.