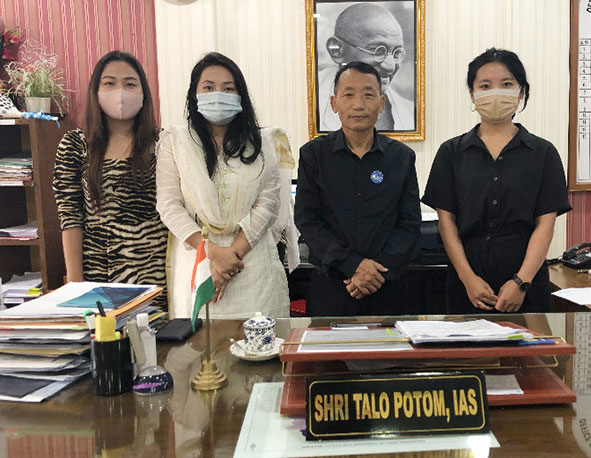 ITANAGAR, 26 Oct: Itanagar Capital Region DC Talo Potom called for strict implementation of the Cigarettes and Other Tobacco Products Act (COTPA), 2003 within a hundred-yard radius of any school and institution in the capital region.

Addressing a meeting with the team of the ICR District Tobacco Control Cell here on Tuesday, Potom said, “Strict action should be taken against violators of the rules, which include sealing or even shutting down of shops and gumtis.”

He also called for carrying out more awareness programmes at the community level.

“The Tobacco Cessation Centre under the NCD at TRIHMS in Naharlagun is providing free consultation and medicine to those addicted to tobacco, which needs to be highlighted in better platforms to reach out to maximum public,” the DC said.

Tobacco use is the single largest cause of preventable deaths and illnesses worldwide. According to the Global Youth Tobacco Survey, 2019, Arunachal Pradesh is ranked second highest in tobacco consumption among school going children.