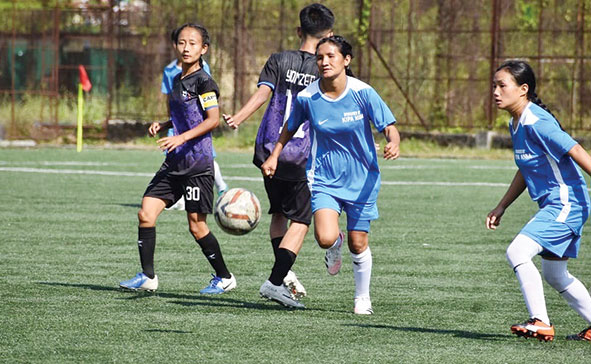 While Kurung Kumey eased into the semifinals with a 6-0 win over Upper Subansiri in the third quarterfinal, Ziro United were made to sweat before securing a hard-fought 2-1 victory over Papum Pare in the fourth quarterfinal.

Tamchi Marma and Kai Rumi each scored a brace, while Tarh Kiokam and Taba Sama scored one goal each for Kurung Kumey.

After playing out a goalless draw in the first half, it was Ziro Utd who opened the scoring in the 49th minute through Toko Yaja. Papum Pare restored the parity in the 65th minute with a goal from Techi Akung.

Ziro United’s Kago Kahe scored the second goal in the added time (80+2′) to finally seal the team’s place in the last four.

Defender Golo Yarang was declared the player of the match.

Lohit will meet East Kameng in the first semifinal at 11:30 am on Monday, while the second semifinal will be played between Kurung Kumey and Ziro Utd at 2 pm.

The final will be played on 3 November, informed organizing committee chairman Gebin Kato.