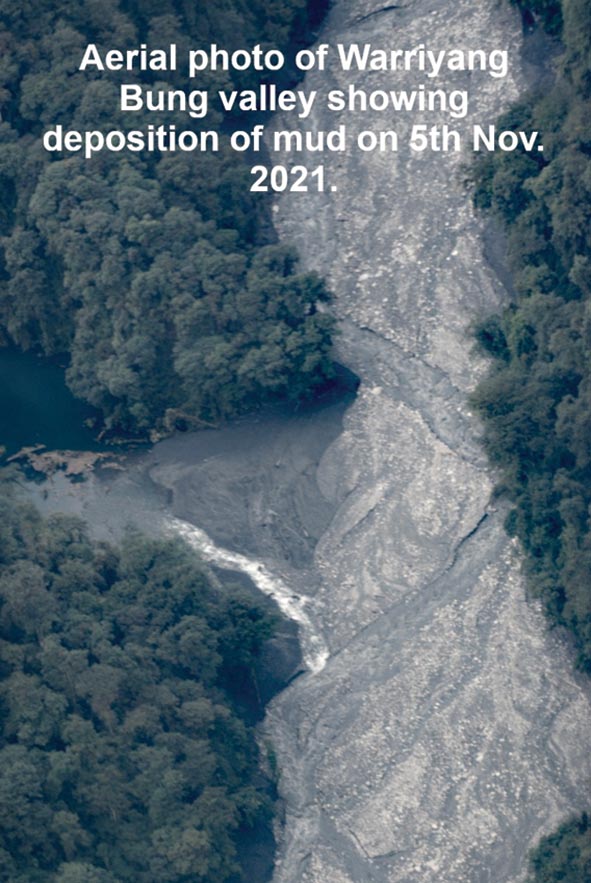 ITANAGAR, 5 Nov: A team led by Disaster Management Secretary Dani Salu, accompanied by East Kameng DC Pravimal Abhishek Polutmatla, independent researcher Chintan Sheth and officials from the NDRF on Friday conducted an aerial survey upstream of the Kameng river to ascertain the cause of the river’s turbidity.

The DC in his report informed that there was “intense erosion” of the Warriyang Bung river’s bank, resulting in deposition of mud, debris, boulders and trees.

“This could be possibly due to a landslide/avalanche on the upper reaches of the Warriyang Bung river, which could not be observed due to the presence of thick clouds,” the DC said.

He further informed that, “as per the independent researcher and the observations based on aerial survey and satellite imagery, the width of the Warriyang Bung river has increased to certain extent due to erosion and approximately up to 30 kms downstream.”

“Preliminary observation shows that no water body has been formed along the river. However, continuous monitoring is going on,” the DC stated.

“The situation will be closely monitored for the next 48 hours, and the public are advised to follow the directions already issued by the district administration” he added.