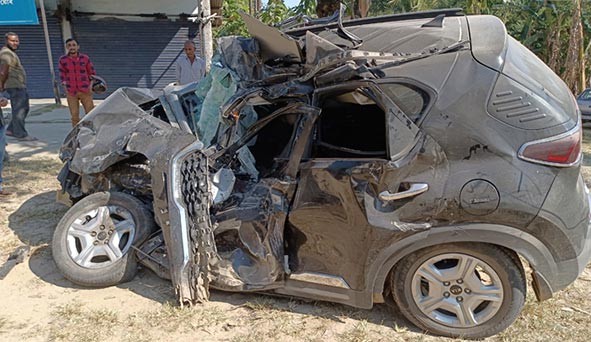 Banderdewa (Assam) Police Outpost In-charge Raju Duwara informed that Tasung’s car was headed towards Gohpur when it collided with an oncoming truck.

“The driver of the truck fled the scene after the accident. However, the truck driver is supposed to report to the station on Sunday,” informed Duwara, adding that Tasung’s body was handed over to the bereaved family after postmortem.

Late Tasung was actively involved in several social welfare activities. He was the first elected councillor of the Itanagar Municipal Council (IMC).

Son of late Tai Hanu, Tasung was a native of Laying village in Kurung Kumey district, and had settled down in Banderdewa, where he was a popular figure who was instrumental in keeping peace and communal harmony among the various communities of Arunachal Pradesh and the people living across the boundary in Assam.

State’s mountaineers to go on S&R mission for Mra, Dao

Travellers advised to use OKSRT road instead of BCT road