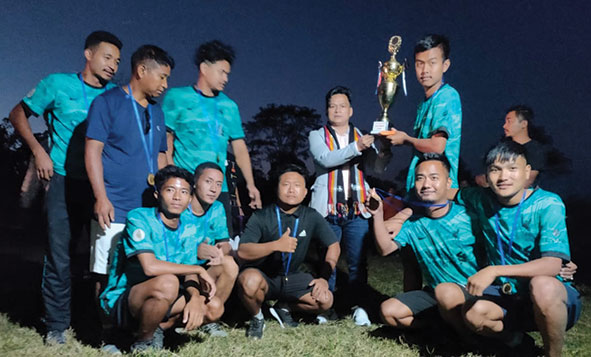 CHANGLANG, 19 Nov: UFC-B lifted the champion’s trophy after defeating UFC-A in the final match of the Rangfrah Volleyball Tournament played here on Friday.

Samjintaism was declared the best player, and the Khuchep team bagged the ‘discipline team’ award in the tournament, which was organized by the New Vumchum Youth Association, Miao.

DSO (Sports) Noah Mongku, attending the closing ceremony of the tournament, appealed to all the youths of Changlang district to channel their energy in a positive way instead of indulging in activities like drug and opium addiction. He commended the association for conducting the tournament with the theme ‘Drug-free society’.

Mongku also distributed the prizes to the winners.