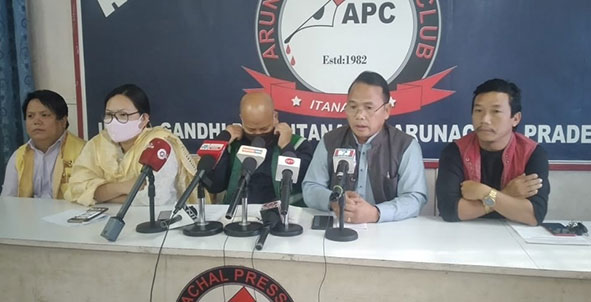 ITANAGAR, 20 Nov: Marking the victory of farmers after the repeal of the three central farm laws, the Arunachal Pradesh Congress Committee (APCC) observed ‘Kisan Vijay Divas’ in the state on Saturday.

This came after the Indian National Congress’ (INC) general secretary issued a letter to the state units, saying that the party will observe 20 November as ‘Kisan Vijay Divas’ in recognition of the farmers’ “consistent and spirited fight” that led to the repeal of the “flawed decisions of the BJP government.”

Welcoming Prime Minister Narendra Modi’s decision, the APCC termed it a “victory of the farmers,” and dedicated the day to the farmers “in recognition of their consistent and spirited fight against the flawed decisions of the BJP government.”

“The anti-farmer BJP’s power and those of its capitalist friends are finally lost and it is the defeat of PM Modi’s arrogance,” Kadu said, and advocated revoking the laws in the upcoming winter session of Parliament, which begins on 29 November.

“PM Modi’s arrogance had to bow before the farmers, but the country will not forget his sin. People have now understood that the country’s victory lies ahead of the BJP’s defeat,” Kadu added.

He said that the BJP’s decision to repeal the laws came “after being alarmed by the anti-BJP sentiments in poll-bound Punjab and Uttar Pradesh, and as the PM was clearly seeing his loss in the upcoming assembly election. This fear has forced him to take back his decision.”

Claiming that over 700 farmers lost their lives (in protests), the APCC GS said that “the Modi government should apologize and compensate their family members.”

Prime Minister Narendra Modi on Friday announced the repeal of the three farm laws against which farmers have protested for more than a year, and urged the farmers to call off their agitation and return home.