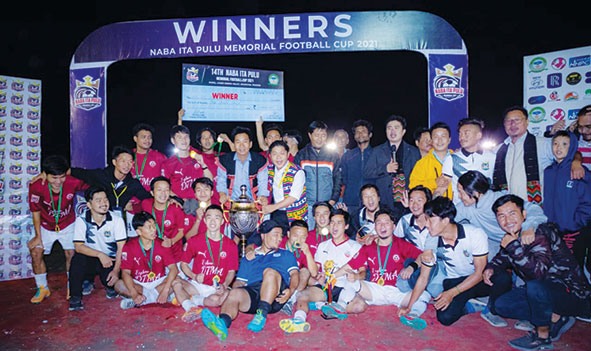 Anini FC won by a goal (2-1) and walked away with the trophy and a cash prize of Rs 1 lakh, while the runner-up team received Rs 50,000 along with their trophy.

Emu Linggi (Anini FC) was declared the hero of the match. He also won the highest scorer’s title with 11 goals.

Thirty-two teams, including five girls’ teams, from districts like LDV, Dibang Valley, Anjaw and Lohit participated in the tournament this year.

The tournament was organized by the Naba Ita Pulu Memorial Football Cup Committee, in collaboration with the youth affairs & sports department and the Arunachal Pradesh State Commission for Women. The themes of the tournament were ‘Say no to drugs’ and ‘Women empowerment’.