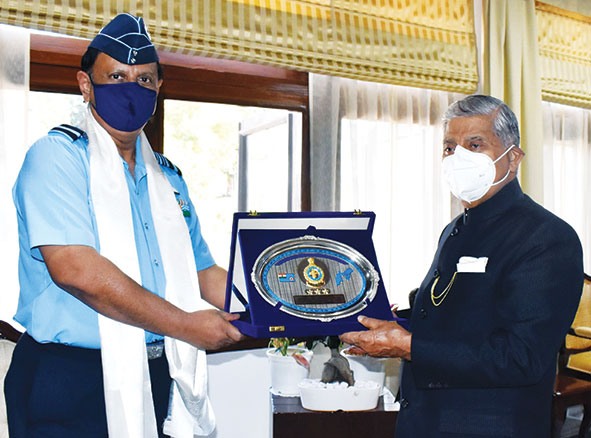 The governor said that the IAF has always been very prompt in attending to humanitarian missions in the state. It has cemented a strong trust with the people of Arunachal by their helpful assignments, he said, sharing the gratitude of the people of the state to the IAF.

He suggested the air officer commanding-in-chief (AOC-in-C) to conduct awareness campaigns about recruitment by the IAF present in the state.

“Such initiative will motivate and encourage youth of the state to join the Indian Armed Forces,” Mishra said.

The AOC-in-C assured the governor of the best support and assistance from the IAF to the people and Arunachal.

Meanwhile, Air Marshal Patnaik also visited the advance landing ground (ALG) in Ziro in Lower Subansiri district and reviewed the infrastructure of the ALG. He also interacted with the air warriors, a defence release said.

During his visit, the air marshal was briefed on the ongoing modern infrastructure development projects aimed at enhancing the combat potential of the bases. (With Raj Bhavan inputs)