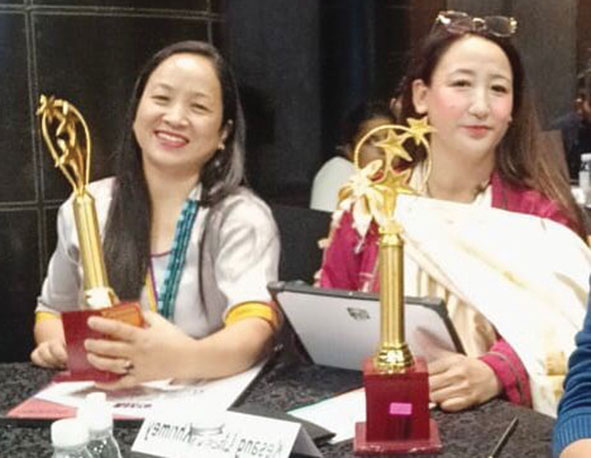 ITANAGAR, 6 Dec: Two women from Arunachal Pradesh have been conferred the ‘Inspiring Woman Award’ by the All India Achievers’ Conference (AIAC) for their work in the social sector.

Kesang Lhamu Khrimey and Nyabom Bagra Lomi were among the several women from across the country who were awarded at an event on Monday in the national capital.

Khrimey is presently the chairperson of the Arunachal Pradesh Art and Culture Eco Tourism Society. She is also a member of the Juvenile Justice Board and the District Consumer Forum of West Kameng.

She is also operating an eco-friendly tourism camp at Bonpu village near the Eaglenest Wildlife Sanctuary in collaboration with the Tulpen Village Council of Rupa village.

Her society has been repairing the road into the sanctuary from its own expenses and she has personally been involved in the documentation of art and culture in the district.

After receiving her award, she said she was “elated” and extended her “heartfelt gratitude to all for making this possible,” including the organizers and the union Minister of State for Law & and Justice SP Singh Baghel, who handed over the awards.