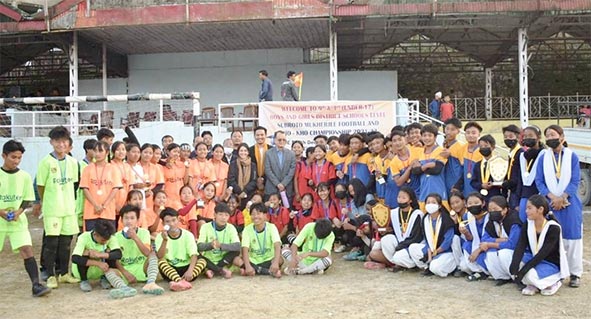 On other hand, GSS, Thinsa lifted the u-17 girls’ Kho-Kho Championship title.  GSS, Upper Kolam were the runner-up.

The boys’ team from GSS, Thinsa was declared winner of the boy’s Kho-Kho championship as there was no other participants in the event.

CO Lim Modi and DLIO Chaphun Sumnyan distributed the prizes to the winners and runners up.