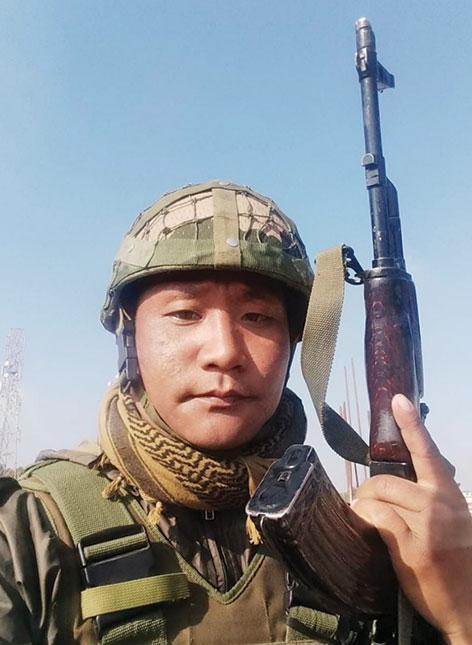 THOUBAL, 5 Jan: Rifleman Longdon Wangsu (30) of the 16 Assam Rifles from Arunachal Pradesh was killed in the IED explosion which was carried out by militants in Thoubal district of Manipur on Wednesday.

Another jawan Pingku Das from Tripura also received injuries in the blast.

A team of 16 Assam Rifles were on a routine patrol when the blast occurred at around 1.30 pm at Lilong Ushoipokpi area under Lilong police station. The attack comes a day before Home Minister Amit Shah’s visit to poll-bound Manipur. Assembly elections in the state are slated in March.

Meanwhile, no militant group has claimed responsibility for the attack so far.

Late Jawan Longdon Wangsu was the eldest of the three sons of Achuak Wangsu and Phammo Wangsu of Niausa village under Longding district. A keen badminton and football player, Longdon had joined the Assam Rifles in 2007.

One of Longdon’s brothers is in the state police department.

Longdon is survived by his wife Chumki Wangsu and two daughters aged 10 and 5.

His body will be received at Longding on Thursday and will be kept for a few hours for his friends and relatives to pay their homage. His last rites will be held at his village on the same day.

The MLA, in a tweet, said, “I saw you growing up as a young boy in our neighborhood, was looking forward to seeing you after decades. But alas! today I learnt you had attained martyrdom in an IED blast in Manipur today. Brother, may you be with the Lord! Salute to Jawan Longdon Wangsu, 16 Assam Rifles.”