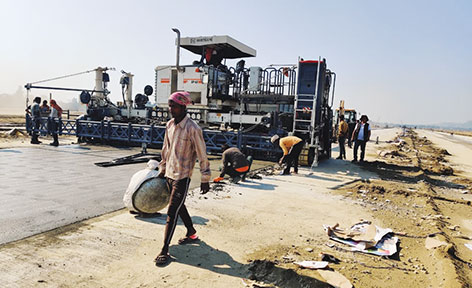 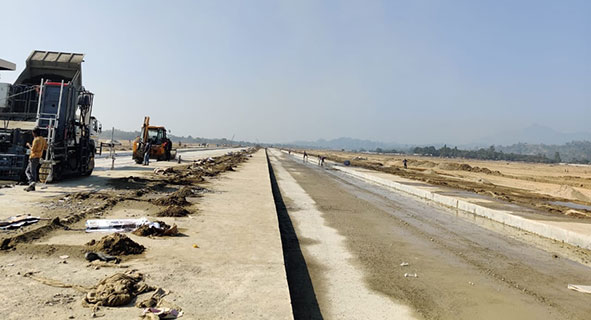 HOLLONGI, 7 Jan: The Airports Authority of India (AAI) said that the greenfield airport here in Papum Pare district  will be made operational by 15 August, 2022.

The actual date of completion of the airport is November 2022, but it has been brought forward to 15 August to mark the 75 years of independence. The work for the airport had started on 15 December, 2020.

Being constructed at the cost of Rs 645 crores, the Hollongi airport, once completed, will provide air connectivity to the state capital Itanagar. At present, Itanagar is the only state capital in India that does not have an airport. The work on the runway, the terminal building, the boundary wall, and other infrastructure is going on simultaneously.

“The total length of the runway is 2,300 metres and breadth 60 metres. Till now 1,600 metre work has been completed. The entire runway be will be completed by end of March,” said AAI DGM M Suresh.

The work on the 12-km-long boundary wall is 80 percent complete. “The four-lane approach road from the highway is expected to be finished by March. The total length of the road is 4 kms. The 11 kv power station exclusively for the airport and water supply to the airport is also being taken up on a war footing,” he added.

Regarding air traffic control (ATC), he said that the main ATC tower is going to take some time to be completed.

“We will start operation with mobile ATC, which will be assembled here,” said Suresh.

However, there are issues like security, shifting of HT line and the threat of flooding from nearby rivers which still need to be addressed. “The 132 kv HT line on the eastern side of the airport needs to be shifted at the earliest. This is the approach side of the airport. We have already informed Powergrid. Without shifting it, the work will be affected,” the DGM added.

Further, he claimed that the threat of flooding has been taken care of. “Flood calculation for the next 25 years has been done. Proper research has been done and people need not worry,” said Suresh.

On being asked whether the deadline of 15 August will be met, he said, “As this is the dream project of the people of Arunachal Pradesh, everyone involved in the construction of the airport is committed to meeting the deadline.”

On completion, the airport will be able to handle 100 arrivals and 100 departures.