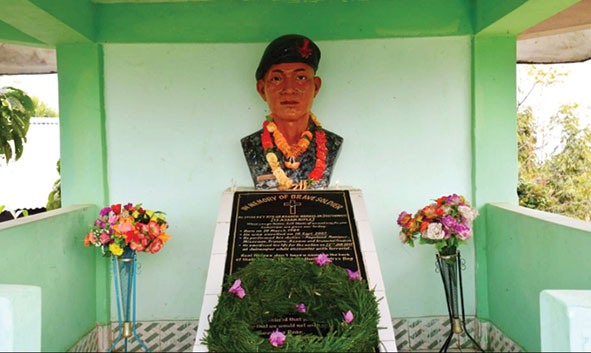 PONGCHAU, 22 Jan: The Longding battalion of the Assam Rifles (AR) paid homage to late rifleman Khampai Wangsu of the 13 AR at Pongchau village on 22 January.

It was on this day in 2017 that rifleman Wangsu made the supreme sacrifice for the nation in the line of duty. He was awarded the Sena Medal posthumously for his bravery during an encounter with armed insurgents in Jairampur.

A wreath laying ceremony was organized at Wangsu’s memorial here to honour his supreme sacrifice. After the wreath laying, Wangsu’s widow Seesa Wangsa was felicitated by the AR’s company commander. (DIPRO)