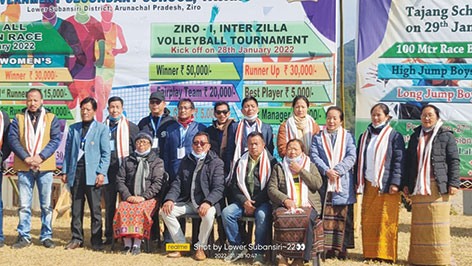 ZIRO, 28 Jan: The golden jubilee celebration of the government secondary school in Tajang here in Lower Subansiri district began with an Inter-Zilla Volleyball Tournament at the school’s playground on Friday.