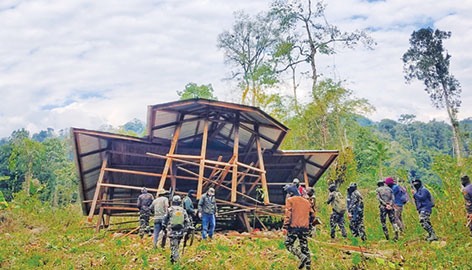 MIAO, 9 Feb: The officials of Namdapha National Park and Tiger Reserve on Wednesday evicted a few illegal structures, including three dwellings, illegal fences and signboards, which were constructed and erected within the park area.

Show-cause notices have also been served to eight individuals residing illegally within the protected area.

Namdapha National Park & Tiger Reserve is a hotspot of biodiversity and recognized throughout the world for its diverse flora and fauna.