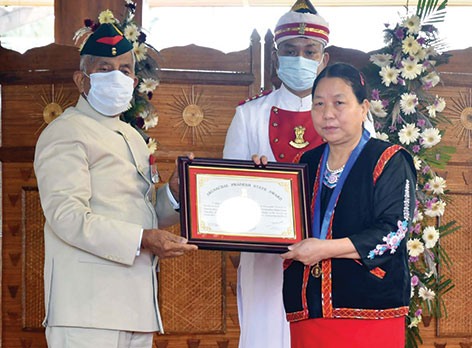 ITANAGAR, 21 Feb: Governor BD Mishra on Monday presented the State Awards to 47 recipients from different fields, including administrative and police officers, social workers, farmers, and NGOs, in an impressive function at the Gen Bipin Rawat Hall in the Raj Bhavan here.

There were 27 state silver medal recipients.

The awards were announced/conferred on them during the 2021 Independence Day and the 2022 Republic Day celebrations here.

and the Chief Minister’s Award for Cleanest Village.

The governor congratulated the awardees and expressed hope that they would continue to inspire their fellow citizens and contribute wholeheartedly towards the all-round development of the state. (Raj Bhavan) 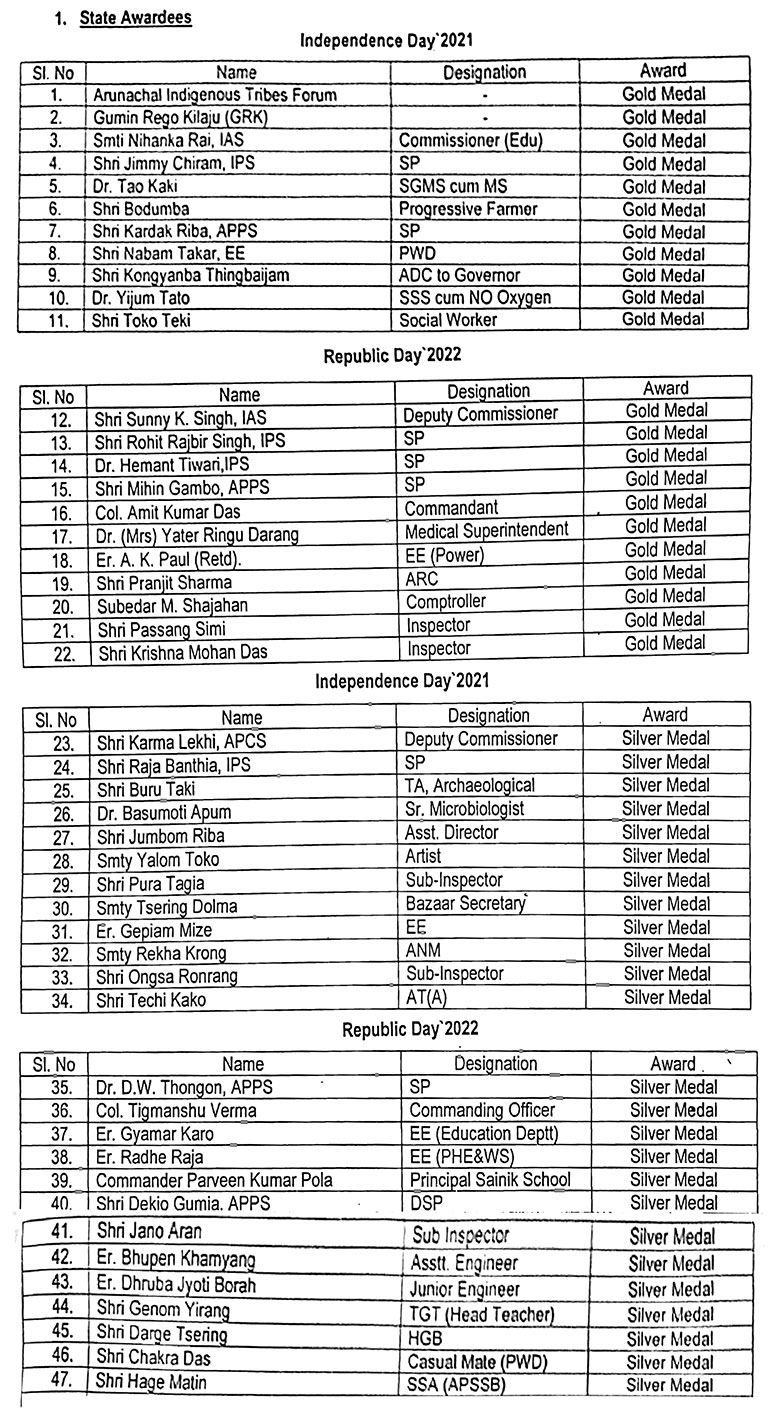