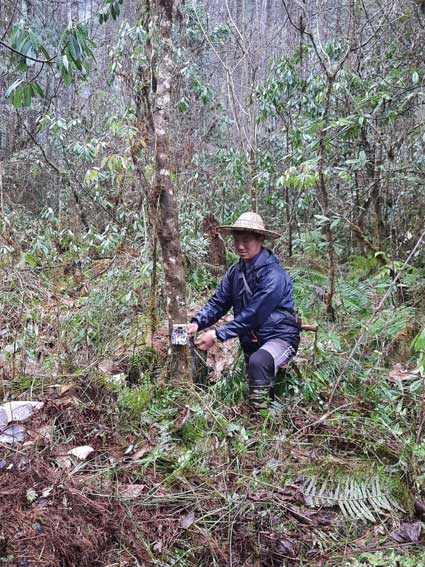 ITANAGAR, 6 Mar: The environment, forest & climate change (EF&CC) department is conducting a census of the tigers in the state as part of the All India Tiger Estimation (AITE) 2022.

The survey is being conducted at the Pakke, Namdapha and Kamlang tiger reserves, and the Dibang Wildlife Sanctuary. The last survey of the tiger population was conducted in 2018.

The AITE is conducted once every four years to estimate the wild tiger population in India. This is the fifth cycle of the AITE. The entire exercise is carried out under the guidance of the Wildlife Institute of India (WII), Dehradun.

“Camera trapping exercise going on as part of All India Tiger Estimation 2022 under Dibang Wildlife Sanctuary. This time whole exercise will be paperless using a mobile application, adopting a polygon search method specially devised for hilly terrain,” the department tweeted, informing about the ongoing census exercise.

Speaking to this daily, PCCF RK Singh informed that the same method is being used in all the tiger reserves of Arunachal to find out the exact number of tigers. Deputy Conservator of Forests Millo Tasser informed that, for the northeastern part of the country, where the terrain is difficult, the survey is carried out through a mobile app-based method called polygon search method.

The areas have been divided into grids, and cameras have been placed based on the advice of the WII.

Meanwhile, an official of the Namdapha National Park and Tiger Reserve informed this daily that the work started in December last year. “We have set around 126 cameras inside the park. The whole exercise is expected to be completed by the end of this month,” the official informed.

In the last tiger census, conducted in 2018, 29 tigers were recorded in the state. The maximum number of tigers was recorded at the Namdapha National Park and Tiger Reserve.

He informed that the department has completed the assessment of the snow leopard population in the state, and added that the census of the wild elephant population will be completed within this month.