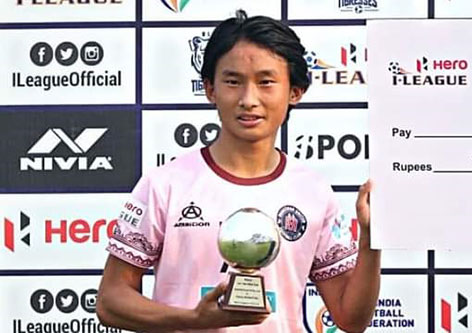 ITANAGAR, 22 Mar: Gyamar Nikum from Arunachal Pradesh, currently playing for Rajasthan United Football Club {RUFC} in the Hero-I League, was declared player of the match for his brilliant performance in the match against Churchill Brothers FC in Kolkata, West Bengal, on Monday.

Nikum, one of the youngest players to make his debut in the I-League, has been an integral part of the RUFC’s main squad in the current Hero I-League.