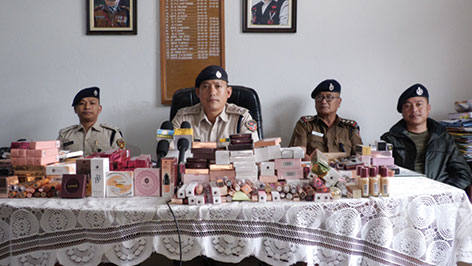 ZIRO, 2 May: A police team seized spurious cosmetic items worth Rs 2 lakhs during raids conducted on a few shops dealing in cosmetic items in Hapoli market in Lower Subansiri district on 30 April.

The raids were conducted after receiving a complaint from the HUL that some shopkeepers were selling fake cosmetic products, using the Lakme brand name.

A case in this regard has been registered at the Ziro police station under Section 63 of the Copyright Act, 1957, and Section 420 of the IPC.